FREE for your Kindle— Flames of Quiet Light: Thirteen Tiny Tales of Love and Loss

My latest collection, “Flames of Quiet Light: Thirteen Tiny Tales of Love and Loss,” is free for your Kindle until November 10, 2013. Go on and get a copy. 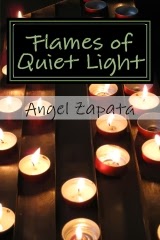 Posted by Angel Zapata at 12:44 PM No comments:

Yours and Mine at Popcorn Horror

In early 2014, I’ll be releasing a horror short story collection titled, “Grim and Grisly Shades of Red.” It will contain thirty short tales of horror and suspense (some of which were originally part of The Man of Shadows series).

The awesome folk out at Popcorn Horror will be featuring one of the included stories every Thursday for the next five weeks. Today’s story is “Yours and Mine.”

Sincere thank goes to Cara out at PH. I’m so glad you stumbled upon my work, by chance, over at MicroHorror. You rock! 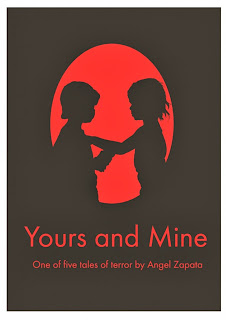 Posted by Angel Zapata at 12:30 PM No comments: