Evil Inspirations: The books that made us want to write horror 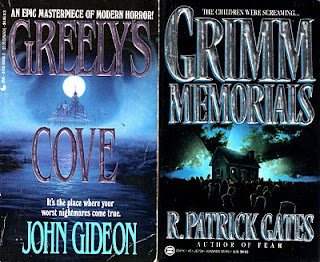 On occasion, I’ve been asked, What horror authors have inspired you?

I’d be remiss if I failed to mention there’s no doubt Stephen King, by reputation (and sales) alone, is master of the horror genre. I’ve read, enjoyed, been in awe of many of his novels and short stories. I admit that. BUT, as fantastic as his work may be, he never reached in and touched that vulnerable, terrified chamber of my heart in the way the following five gentlemen have.

Make no mistake; these five books are for the hardcore horror fans. If you liken Edward the vampire as your perfect cup of tea, then these authors would be like drinking a bottle of Absinthe on an empty stomach.

I highly recommend them as must reads for lovers of dark horror fiction.

It’s a story about miracles, dark miracles in a town plagued by ghosts, necrophilia, resurrections of the dead and black magic. It’s fast, ugly and graphically mind-blowing.

It’s tales of the brothers Grimm spun by an evil, modern-day witch. There’s also a healthy dose of necrophilia along with other awful sexual deviancies, child torture, and violence to the Nth degree. 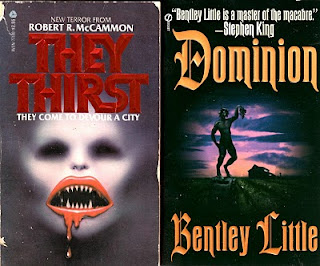 They Thirst by Robert R. McCammon

No romantic and/or rock-star vampires here. These bloodsuckers want to eat you and play with your blood. It’s chock-full-of disgusting death and charged with an apocalyptic climax threatening the entire west coast.

Take’s dorm life by the balls, Greek mythology-style. Blood, guts and lots and lots of sex. If you like your stories over-the-top, this one will leave you gasping. 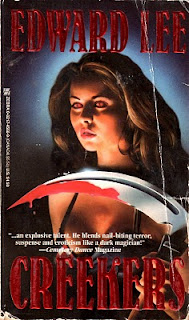 All I can say is strippers with three breasts, in-bred rednecks, demons, witchcraft, mutilations and B-movie dialogue. Fast-paced and relentless to the shocking end.


So tell me, What are some of your favorite horror books and authors?
Posted by Angel Zapata at 12:48 PM