So excited to say my latest work is now available at Amazon.

It’s Halloween night. Rodrigo “Roddy” Sanchez is released from prison after twelve long years. During his incarceration, his mother— a local exorcist— disappeared and is believed to be dead. Roddy boards a bus back to the old neighborhood. One way or another he’s going to find out what happened to her. Armed with two daggers and a bad attitude, Roddy is following the mysterious trail of notes left behind for him. He feels sorry for the poor bastards who get in his way. 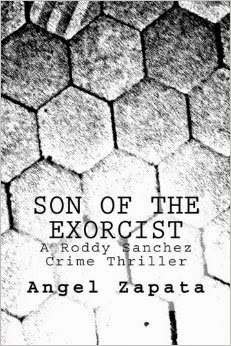